The True Story Behind Chuck E.

It’s Chuck E. Cheese story time online! Learn how it all started with the history of the mouse with the most, Chuck E. and his big journey to New York City. Read along with this Kids Corner story that tells the tale of how Chuck E’s love of singing and forming new friendships, saved the day.

Make storytime for kids more fun with a sing-a-long. Join Chuck E. Cheese, Mr. Munch, Helen Henny, Jasper T. Jowls and Pasqually as they sing, dance and look back on how they all met and made fun memories along the way.

Get to Know Chuck E’s Pals!

The Chuck E. Cheese story wouldn’t be complete without getting to know all of his best friends too. 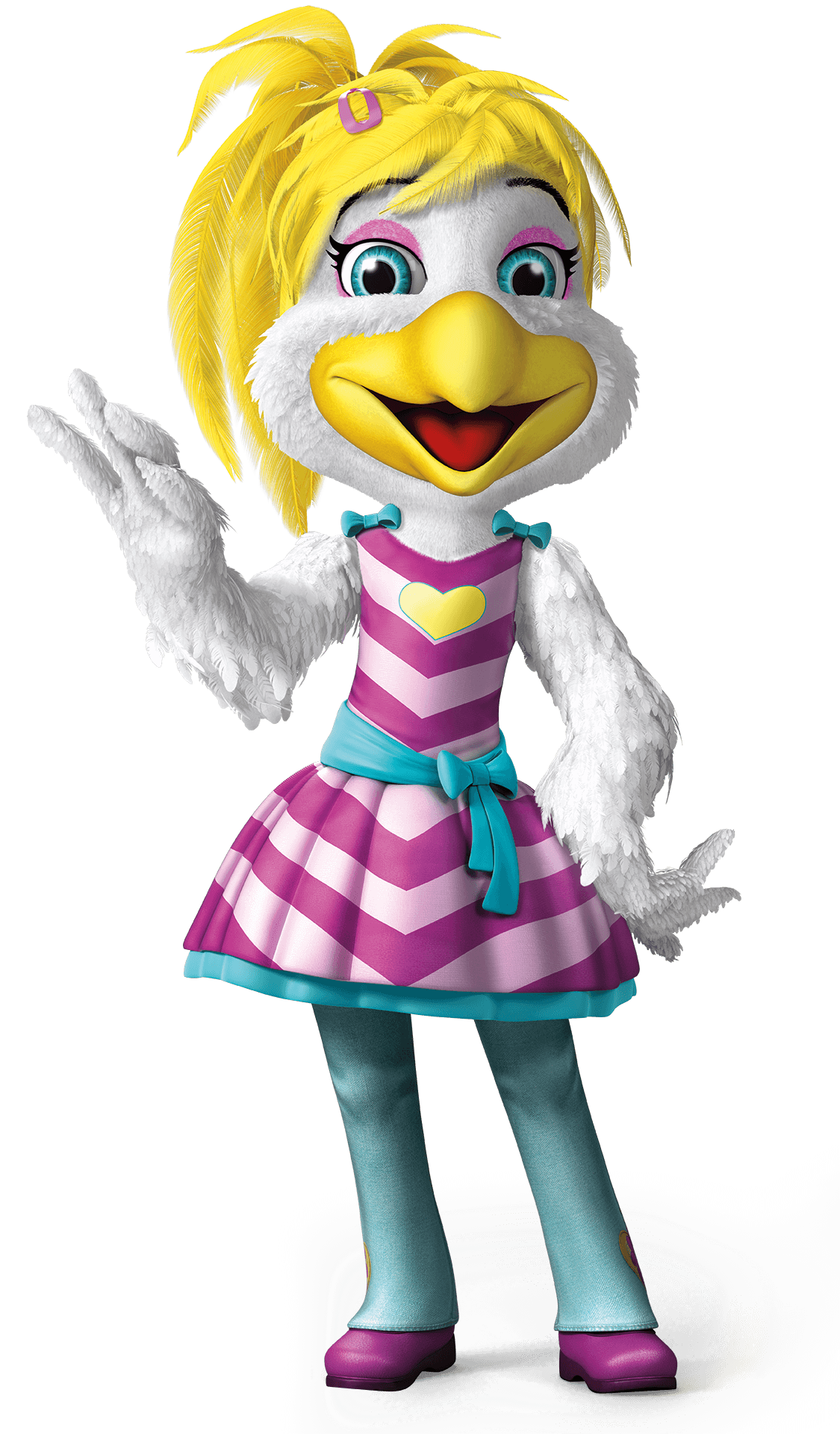 Years ago, on a warm summer day, Helen Henny was hatched into the world. She grew up in New York City with her dad and older brothers, Henry and Harvey. From a young age, Helen had a deep passion for music. Some nights, she would spend hours in her room singing into a hairbrush and imagining she was performing on stage in front of a cheering audience. She dreamed of one day becoming a famous singer and touring the country, performing for her fans.

When Helen wasn’t singing, she was interested in fashion, vegetarianism, and video games. She was the kind of girl who would paint her mom’s nails by day and demolish her brothers’ video game scores by night. No matter how hard they tried, Harvey and Henry could never set a new high score after Helen played a game.

One day, Helen got tired of constantly beating her brothers at all of their video games. She decided that she needed a new challenge, and headed to a nearby arcade to find other people to play against. When Helen arrived, she quickly realized that it wasn’t just her brothers who couldn’t beat her…it was everyone.

Helen then spent the rest of the day taking over every machine at the arcade and blowing her competition out of the water. Each time she won, she would sing a happy little victory song and move on to her next opponent. Before long, all the other kids just gave up. Helen had beaten everyone so bad, that she had no one else to play with. Just as she was getting ready to leave the arcade, she heard a voice calling for her.

That’s when Helen turned around and saw a cute little mouse standing by a Pong machine. The mouse introduced himself as Chuck E.and invited her to play a round with him. Helen was never one to back down from a challenge.

She wished the mouse luck, and the game was on. After a suspenseful match-up, Helen scored her final point and put Chuck E. away. She erupted into her victory song, and he couldn’t believe how great her voice was. When Chuck E complimented her on it, Helen laughed and smiled.

Their chemistry was undeniable, and from then on the two became very close friends. And when it came time for Chuck E. to recruit a new singer for his band…

well, guess who he called? 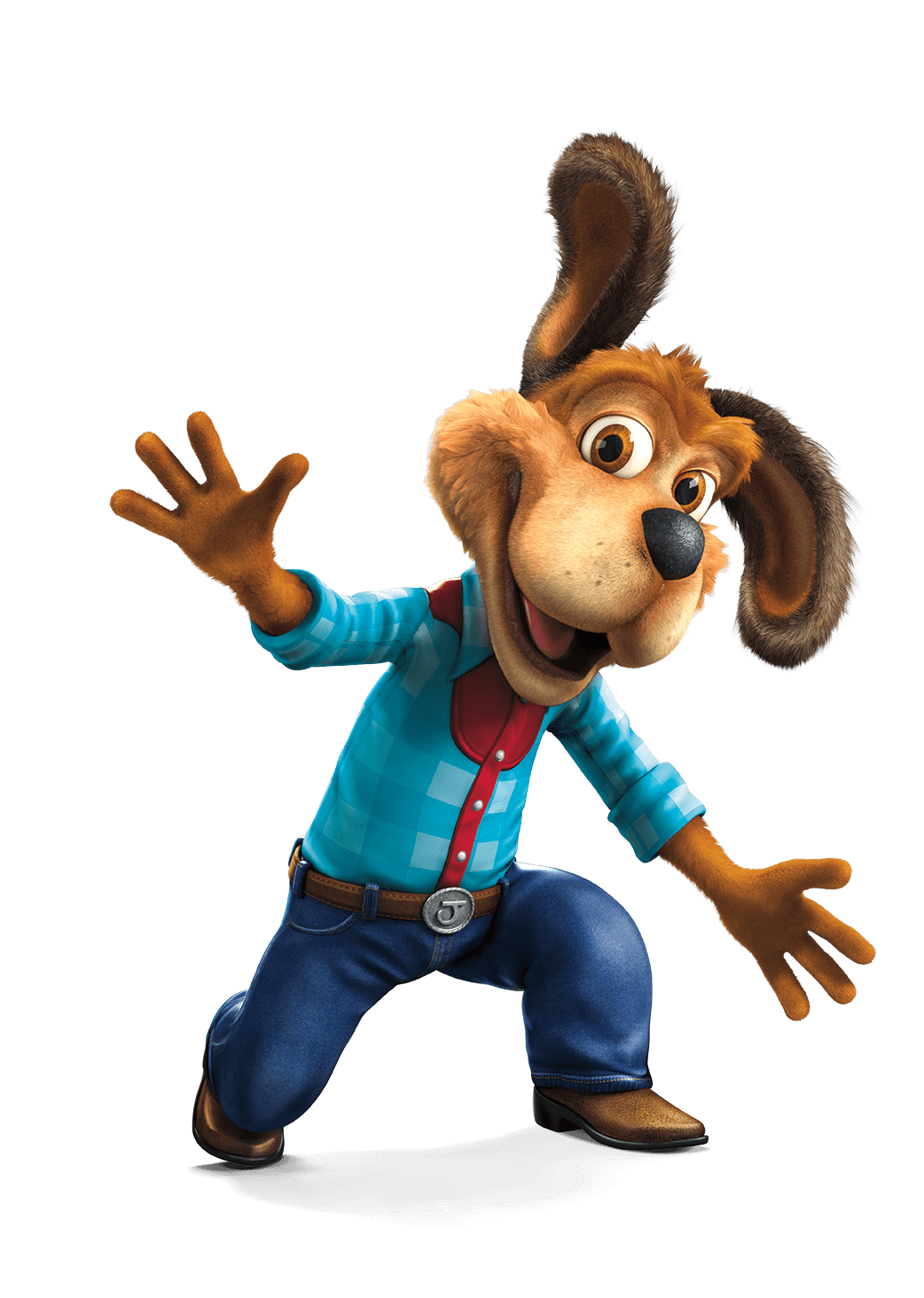 One day, on a small farm a few miles outside of Nashville, Jennie Jowls gave birth to twelve healthy hound dog pups. Of all the litter, there was one pup whose love for music and performing made him the most entertaining one in the bunch.

His name was Jasper T. Jowls, and he loved nothing more than making his brothers and sisters smile. He spent his nights entertaining all the pups on the farm until they fell asleep. In the mornings, he would wake everybody up with a happy tune from his grand-paw’s old country records.

Jasper grew to love those country records so much, that he taught himself how to play almost any instrument he could find. He plucked the banjo, strummed the guitar, and above all else, Jasper jammed out on the bass. In fact, he enjoyed playing bass so much; he saved up his allowance for an entire school year, just to get his grand-paw’s old antique bass fixed up and ready to play. He even gave the bass a name, “Paw,” as a loving nod to his old hero. One day, when Jasper was a little older, he was practicing the bass on his front porch. That’s when a rickety old tour bus rolled by, breaking down in front of his family’s barn. Once the bus came to a stop, out came a little mouse and a funny Italian chef. Jasper, being a reliable hound, was quick to lend a helping hand to the two travelers.

Jasper walked up to the bus and introduced himself. The mouse told Jasper that his name was Chuck E. and that he and his friend Pasqually were on their way to Nashville to perform “Happy Birthday” for the son of a famous country singer. Jasper couldn’t believe his floppy ears. Immediately, he grabbed his bass and laid down a smooth “Happy Birthday” bass line. Chuck E. and Pasqually were so impressed that they invited Jasper to join them on their trip into the city.

Jasper’s uncle Jed fixed up the tour bus, and they were on their way. Jasper T. Jowls was now Chuck E.’s new right-hand man and mouse’s best friend.

Light years away and a few galaxies over, Mr. Munch was born on Planet Purple. His people were highly educated, and though Munch was just as smart as the next Purple Alien, he always felt as if he didn’t fit in.

As a result, he spent most of his time in his room, practicing the keyboard and researching other planets. That’s where Munch honed his musical talents, and developed a particular interest in a planet called Earth. More specifically, he became fascinated with a substance the Earthlings called “pizza.” Munch had never tried pizza before, but from his research he knew that it was the ultimate secret to the Earthling’s powers.

As was customary on his planet, Munch grew up and was sent out into the universe, with the objective of learning all he could about other planets and galaxies. Munch’s heart fluttered as he packed up his spaceship with pictures of his family and his favorite keyboard. He fired up his ship and blasted off, knowing exactly where his first stop would be: planet Earth.

After a bumpy ride through space, Munch had finally made it, landing with a smile in New York City. Though the sights and sounds of the Big Apple amazed Munch, he knew that there was something he had to do.

Minutes later, Munch was on a bench in Central Park with his first slice of pepperoni pizza in his hand. But the taste just didn’t amount to his expectations. He pulled his keyboard out of his large purple pocket and played a slow, sad song. For the next week, Munch went to every pizza restaurant he could find, searching for a slice that lived up to the idea he had built up in his head. Everything he tasted fell short, and just as he was about to give up hope, he stumbled upon a place called Chuck E. Cheese’s.

One whiff, and he knew he had hit the jackpot.

Munch excitedly went inside and ordered a pepperoni pizza. He took his first bite, and erupted into tears of joy. The pizza was everything he had ever imagined and more.

As Munch ate his pizza, the lights suddenly dimmed. The crowd began to clap and a band consisting of a mouse, a dog, a hen and a chef began performing on stage. Instinctively, Munch grabbed his keyboard and darted towards the stage. Before the band could even stop him, Munch was jamming along to their song.

From the first note, it was clear that Munch was the band’s missing piece. After the show, Munch and the band spent the rest of the night jamming, and he was immediately invited to join. 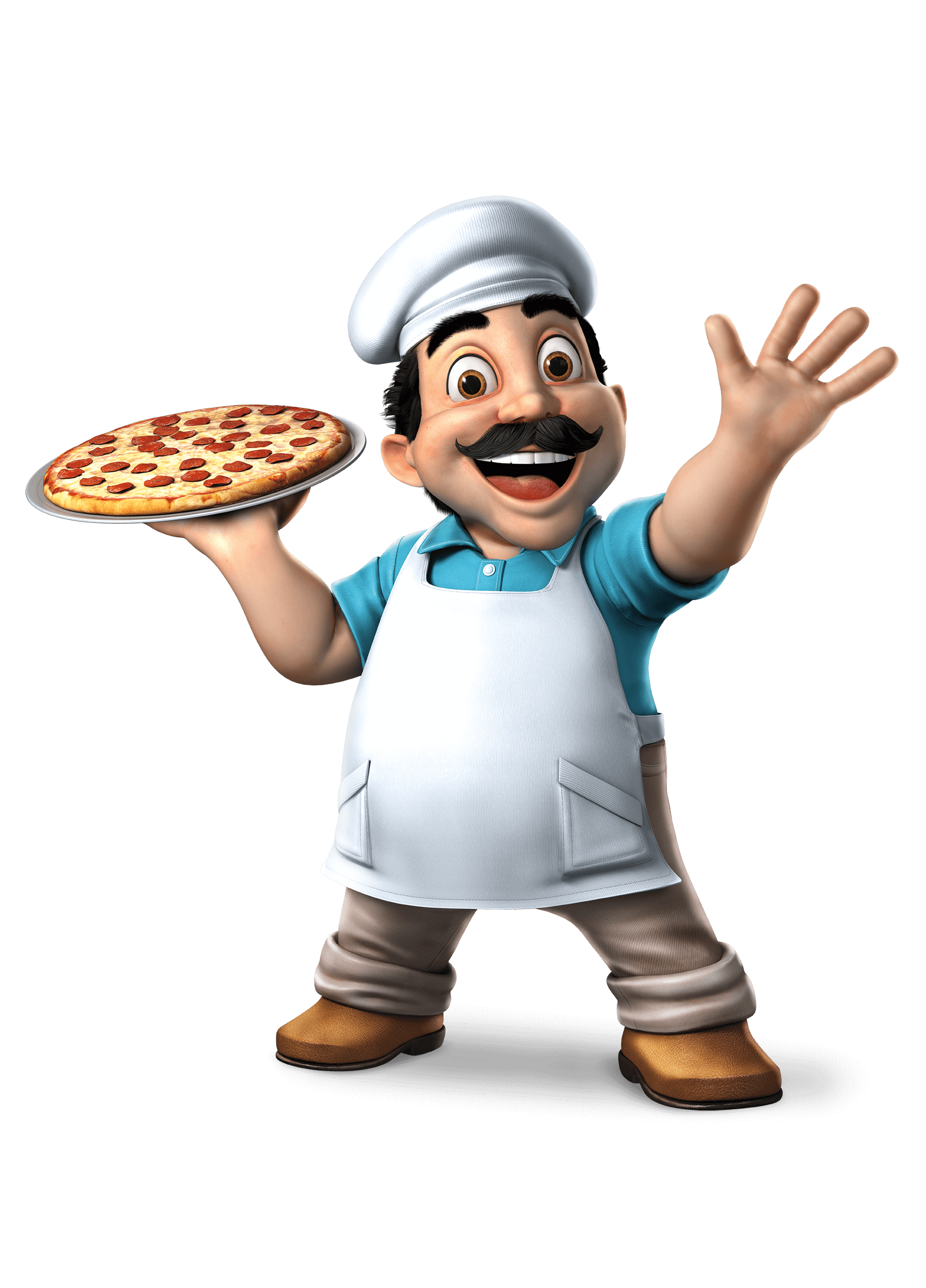 Many, many years ago, a woman named Priscilla and her husband, Pietro left the town of Naples, Italy with a simple dream: To bring the art of authentic Italian pizza making to the United States.

With smiles on their faces, and a secret family recipe up their sleeves, the couple packed up their belongings and headed to America, along with their newborn son, Pasqually.

Pietro and Priscilla loved their son so much, that when the couple finally opened up their restaurant in America, they named it “Pasqually’s Pizza”, with the hope that one day their boy would take over the family business.

From the very start, Pasqually had pizza making in his blood. While having fun for other kids was tossing around balls, Pasqually enjoyed tossing around pizza dough. Most days, he spent his free time in the kitchen, studying everything, from the way his parents spread the marinara to the way they sprinkled mozzarella. And when his parents welcomed another bundle of joy into the family, Pasqually couldn’t wait to teach his new sister, Paola, the ropes of the family business.

As soon as Pasqually could read, he memorized every last word of his family’s secret recipe. He wanted to make sure that no matter what happened to that piece of paper, he would never forget it. He even turned the recipe into a song, which he would sing every night while he banged away on his pots and pans drum set.

But Pasqually wanted to do more than just bring authentic Italian pizza to the United States. He wanted to become the greatest pizza maker and entertainer the world had ever seen.

And that’s exactly what he did.

As years went on, Pietro and Priscilla eventually decided to retire and move to Florida. By then, Paola had been making waves in the video game industry, and Pasqually was given complete control of the family business. With his nephew Gino at his side, Pasqually was ready to let all he had learned from his parents shine.

The food had never been better, but for some reason the restaurant just wasn’t bringing in enough people. Pasqually thought comedy was the answer, but his jokes were just too cheesy.

Then one day, a chance encounter with a singing mouse changed Pasqually’s life forever. But that, my friends, is a whoooole ‘nother story.